What’s the Real Purpose of Life? Filmmaker Roger Nygard of “The Nature of Existence” Movie Explains What It Means to be Happy 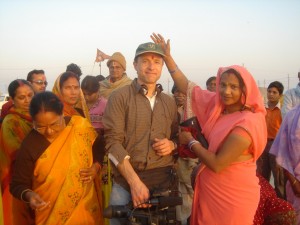 What is the real purpose of life? Roger Nygard, seeks answers while filming “The Nature of Existence” movie on the banks of the Ganges in Allahabad, India.

Why do we exist? Why are we here? Does God exist? What’s the point of everything? I found the answers to these spiritual questions while making an uplifting documentary called The Nature of Existence.

I discovered the search for meaning generally doesn’t start until we are forced to face our mortality, usually through our own near-death experience, the death of a loved one, or a crisis like the COVID19 pandemic. Death is a reality we try to avoid as long as possible.

What’s the Real Purpose of Life?  A Young Roger Nygard Attempts to Answer.

The first shock to my belief system came at age seven when I realized I would die someday—a huge blow to a pint-sized being who had always existed, as far as I could remember. A voracious reader, I discovered medical descriptions in our family encyclopedia. As I read symptoms of tuberculosis, the little hypochondriac in me began to notice that I too could “get tired easily, feel slightly feverish or cough frequently.” The realization hit me like a Mack truck. “I’m dying!”

One day, I put on my jacket, hat, and gloves and walked out onto Lake Minnetonka in Minnesota and laid down to wait for the end. As I pondered the question of my mortality, I looked up at the stars and wondered how many there were and how long they had been there. Twenty minutes later, my toes were getting cold, so I went back inside the house and moved on to other concerns, like what was for dinner. I forgot about my “imminent death,” pushing it beneath my daily conscious thought. 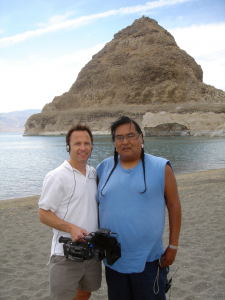 The Spiritual Beginnings: The Nature of Existence Movie.

Six years later my father died at the age of forty-one from multiple sclerosis. Suddenly, at age thirteen, I felt overloaded with questions about life and death and the purpose of our creation, which would ultimately make their way to filming The Nature of Existence Movie.

When my father finally let go after his long illness, I wondered if there was any evidence of an afterlife, and which version of him might show up there? Was it the emaciated, enfeebled shadow of his former self, or would he be restored to some earlier incarnation, and if so, to what age?

I started asking existential questions around the mystery of human existence, such as: if a baby dies, is he a baby for eternity? And, if he isn’t, will he get an immediate college education, and who gets to choose his major? This open door led to more questioning. Since age seven these questions had been percolating in my subconscious, and now after my father’s death, they were finally released from quarantine.

The best response our Episcopal minister could give were unsatisfying non-answers. “We can’t understand God’s plan. You have to have faith.” It seemed like everyone was trying to stop my questions, or maybe they were answering as best they could. I once again swept my existential crisis questions back underneath the cerebral rug. 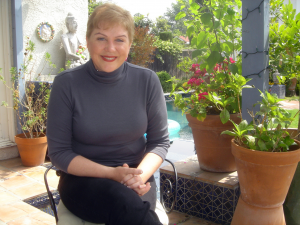 Time for a Reality Check: What Makes Us Happy?

When I decided to document my obsession with existentialism with The Nature of Existence documentary, the number one question I was asked about the film was, “Okay, so what’s the answer?” I realized what people were actually asking was, “What should I do to be happy in life?”

During our interview for The Nature of Existence Companion Series, comedian-monologist Julia Sweeney told me that one shouldn’t pursue happiness; it’s a false goal. She said, “Happiness is a byproduct of having purpose and meaning.” The real question she argued, is how can I discover my purpose in life?

What is the Real Purpose in Life?

I’ve come to believe that behind The Nature of Existence, our true purpose is to be creative. Is creativity more important than love, altruism, friendship, family—all the warm fuzzies? I think they are ultimately parts of the same package. Charting a path with my documentary The Nature of Existence through the existence of religions and belief systems led me to this conclusion. 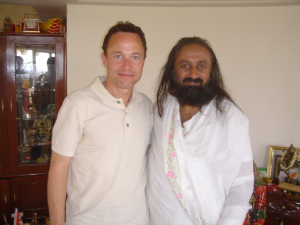 Create Happiness Now: A Life Lesson from The Nature of Existence Movie.

Naturally, while filming, I discovered the universal laws of creating.

If you think about it, the Universe exists with opposites, yin and yang, good and evil, creation and destruction–and if we align ourselves with creation instead of destruction, we experience our lives as happier. Therefore, the purpose of our creation is to create. And if you do so, you will understand what does it mean to be happy.

What Should We Create?

Creating in a COVID-19 world has never been so meaningful.

Create whatever is meaningful to you. The choices are infinite. Some ideas: 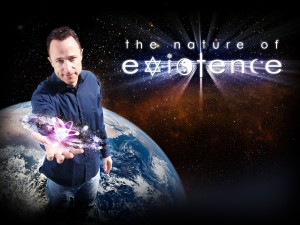 Beyond the Existential Journey of The Nature of Existence Movie.

After my existential journey trying to understand the mystery of human existence, I looked for a new topic to investigate—something even more inexplicable than existence itself. Only one subject seemed to fit that challenge: the topic of marriage, which led me to research, write, and film The Truth of Marriage documentary and a companion relationship book, from which this post is excerpted.

Stuck at home because of COVID-19 and looking for an engaging read ? 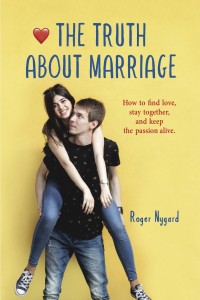 Struggling to feel uplifted and looking for an engaging documentary?