“The film is really mostly about the foibles of religion, but gently so. It benefits from director Roger Nygard’s (“Trekkies”) light comic touch and heartfelt ‘desire to communicate truth,’ as one subject says is often lacking in discussions of religious beliefs.”
Michael Ordoña, Los Angeles Times

“…a timely, thought-provoking trip. … It’s not only amazing that Nygard, who makes no value judgments, got access to so many people but that everyone is calm and rational, not spitting fire as so often happens with the topic of religion in the sound-bite world of cable-TV news. …a movie that may be the most enjoyable philosophy class ever. ” ****
Cary Darling, Dallas Morning News

“While it will strike some as smug and others as sincere, pic certainly has a feel-good tone and playful attitude….”
John Anderson, Variety

“‘The Nature of Existence’ is defined by its hopeful juxtaposition of clashing ideas on humanity and the cosmos… [Roger Nygard] has shaped the well-shot material into a quick-moving piece that abound in energy.”
Sheri Linden, The Hollywood Reporter

“Those who ponder existential issues should appreciate Roger Nygard’s documentary The Nature of Existence…. And you cannot dismiss someone who obsesses over his upcoming pancake breakfast all the way through church service.”
Eric Monder, Film Journal International

“…amusing, informative, and well worth seeing. …it will teach, entertain, and provoke thought…often amusingly bizarre… you’ll see and hear things you never knew before. Or imagined. And if you’re attentive, you’ll get the jokes. Think Religulous except more ambitious and less mean.”
Richard Carrier, Richard Carrier Blogs

“…he maintains an amused equanimity about and deep respect for those whom he interviews… encompassing ancient and modern belief systems, laws, politics and religion, which should lead to an interesting discussion after the closing credits.”
Susan Granger, New York Film Critics Online 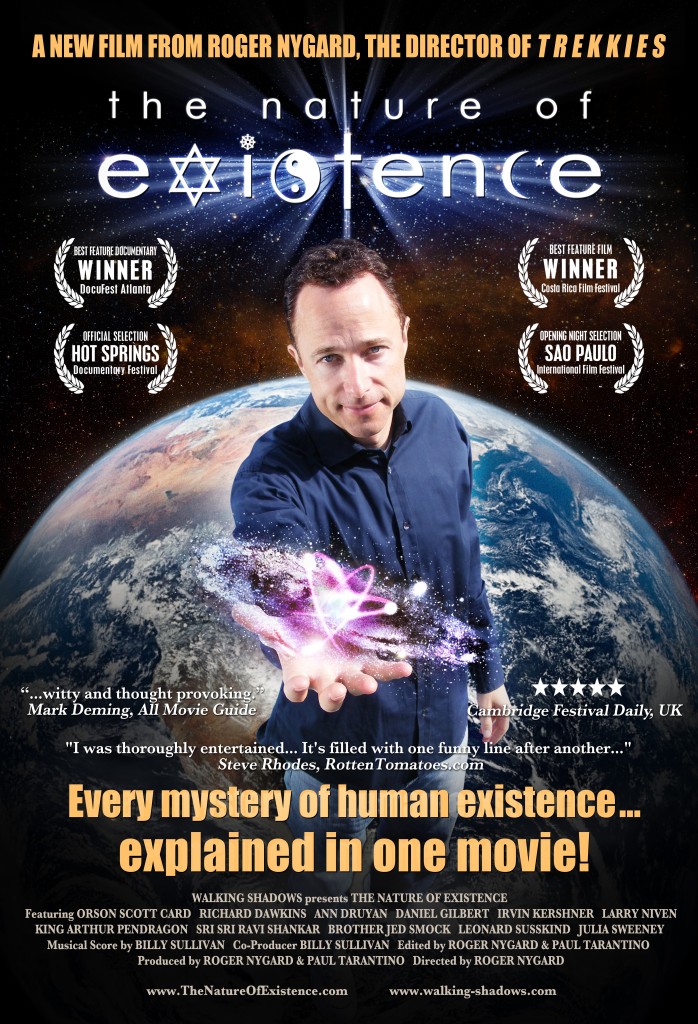